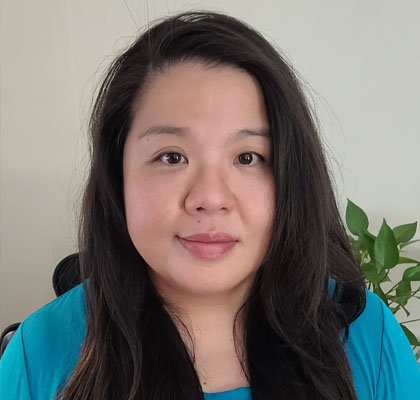 With nearly 20 years of professional experience, Lily Yee brings her expertise in research finance, analysis, financial reporting, and grants. She joins CRS from the Jean Mayer USDA Human Nutrition Research Center on Aging at Tufts University (HNRCA), where she most recently served as the Associate Director of Planning and Analysis. At HNRCA, Lily was the primary financial advisor and technical resource for all accounting and financial management matters. She oversaw the center’s billing and compliance, purchasing, human resources and recruitment, capital equipment procurement, and audit support.  She was also responsible for overseeing the annual operating and capital budgets for HNRCA, and managed a team of staff assistants who provided daily support to the center’s research laboratories, core scientific units, scientific computing, physical plant and facilities.

Prior to her most recent position, Lily worked at Boston Children’s Hospital as the grant compliance specialist and senior grant officer and at Beth Israel Deaconess Medical Center as an administrator in the Office of Sponsored Programs. In each of these roles, she worked closely with other departments and committees to consult, train, and advise best financial practices.

Lily earned her bachelor of arts in economics from the University of Massachusetts at Amherst. 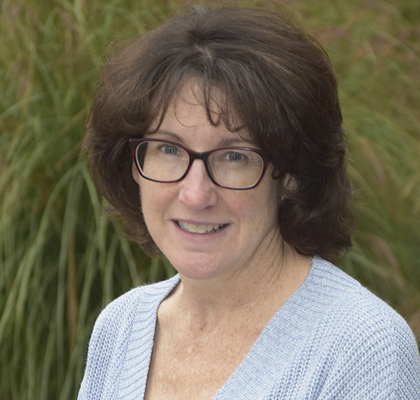 CRS is such a joyful place. People are genuinely happy to be here, and that joy and happiness create an environment of positivity that permeates throughout the school community. It’s a warm, friendly place to learn and work. 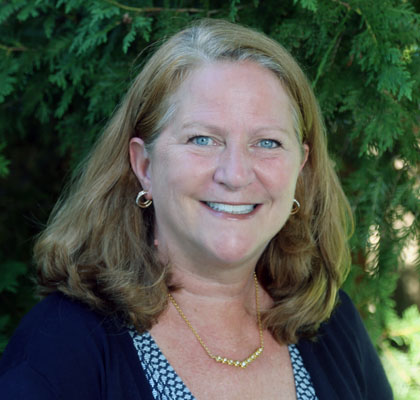 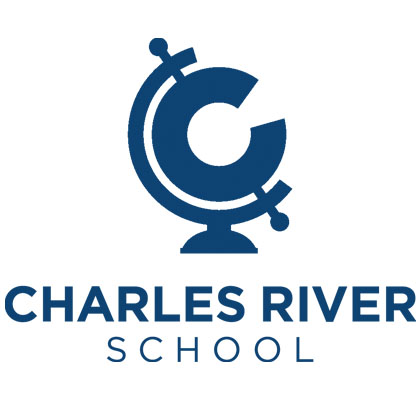 I love the small community and the opportunity to really get to know both our kids and their families. CRS has a unique warmth that makes coming to work each day really enjoyable!

Emily joined CRS in 2019 as the Assistant Director of Development and has played an integral role in the department, helping to support all advancement activities. She has led the planning of several large-scale community events, both in-person and virtual, including spearheading new family events and the 2021 Graduation. Emily overseesall development efforts, including the Annual Fund, major gifts, special events, and alumni relations. 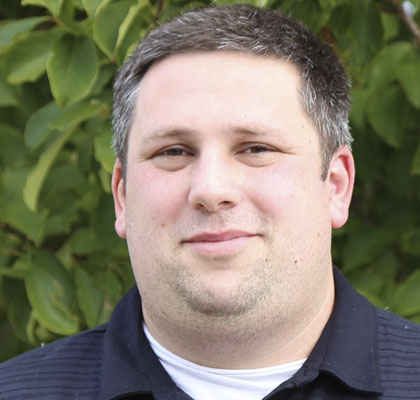 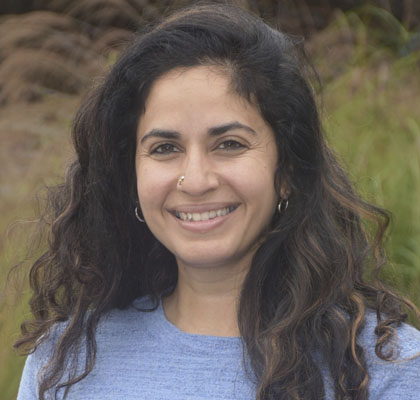 CRS is one of the most supportive communities I have ever been a part of. Every day, I see students supporting each other and colleagues working together to solve problems –there is truly the ethos that if we help each other, we help our community and make it stronger and better for all!

With a background in both education and entrepreneurship, Netra has a strong knowledge of both educational programming and business as well as a passion for the arts and athletics. She has co-founded and led several highly-acclaimed programs, including Birch Learning, Urban Kids Music, and Leoa Academy and Sports. Additionally, Netra has worked as a curriculum development leader, teacher mentor, and classroom teacher.  She is also a trained musician and has taught piano, viola, and voice.

Netra has an MA from Teacher’s College, Columbia University, and a BA from Tufts University. She lives with her family in Lexington, Mass. 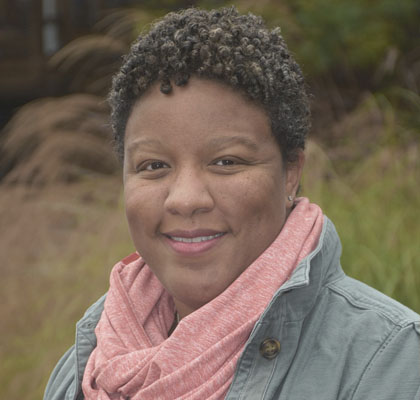 I feel lucky to be a part of a community that recognizes that being a warm and caring community and an academically vibrant one are not mutually exclusive; in fact, it is the former that allows for the latter.

Nia joined CRS from Dana Hall School, where she most recently served as the Academic Dean. In this role, she developed and reviewed the curriculum for grades 5-12 as well as the school’s academic policies. Nia also coordinated diversity, equity, and inclusion efforts for faculty in conjunction with the Director of Community, Equity, and Inclusion. She served on the Community and Equity Council and as the chair for the Department Heads’ and Curriculum Committees. Prior to her role as Academic Dean, Nia was the Assistant Director of the Upper School and the Junior Class Dean at Dana Hall.

Nia has served as a Teacher Mentor at the Harvard Graduate School of Education, where she guided mentees through their first experiences with lesson planning, classroom management, and assessment design. She also taught U.S. History at both Buckingham Browne and Nichols School and Beaver Country Day School.

Nia earned her BA in History from Columbia University, as well as her MA in education from Harvard Graduate School of Education. She served as a trustee for Boston Renaissance Charter Public School and was awarded Teacher of the Year at BB&N and The Peter Gow III Award for Excellence in Teaching at Beaver. 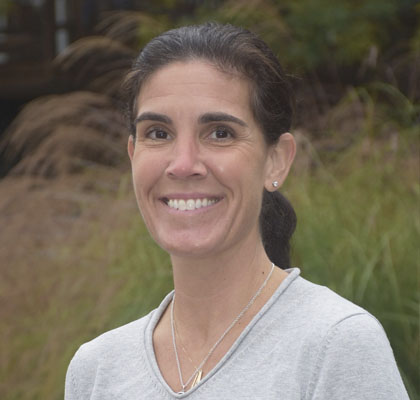 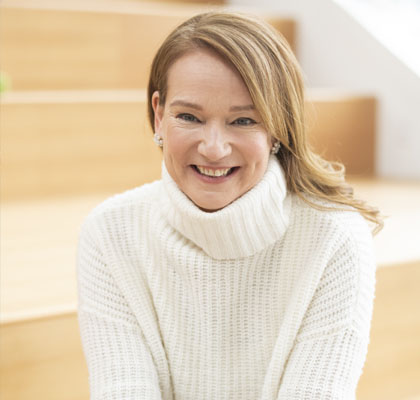 Creativity and curiosity permeate the campus. As a result, there is an exciting and synergistic energy between children and adults fostering deep and meaningful relationships and a strong sense of community.

Gretchen Larkin is the Head of School at Charles River School (CRS). Since joining the community in 2014, Gretchen has shared both her expertise as an educator as well as her own love of learning with faculty, staff, and students; she passionately believes in the school’s mission to nurture children by igniting their curiosity, encouraging creativity, and cultivating intellectual engagement.

Under Gretchen’s leadership as the school’s 10th Head of School, CRS has seen remarkable growth and success in recent years. In 2015, the school created an on-campus Wetlands Laboratory to give students of all ages hands-on, STEM learning opportunities. In 2019, the school wrapped up a record-setting, comprehensive campaign, surpassing its goal and raising $10.8 million to strengthen the endowment, boost the Annual Fund, and allow for the construction of a state-of-the-art middle school building and Media and Design Lab. Gretchen also led the administration in work to increase diversity among CRS faculty and students; reduce attrition to the lowest level in five years; and increase enrollment.

In 2019, Gretchen received the Division I Chief Executive Leadership Award by the Council for Advancement and Support of Education (CASE), an award that is traditionally given to leaders of colleges or universities.

With nearly three decades of teaching and administrative experience in elementary and secondary schools, Gretchen has worked in independent schools in the Boston area for much of her career including Dedham Country Day School, The Fay School, and The Advent School. She served as the K-8 Assistant Principal and Head of Lower School at Milton Academy, where she also worked as the school’s founding K-8 Curriculum Coordinator overseeing curriculum design. Gretchen began her career as a middle school math, English, and history teacher, and also worked as a Lower School Reading and Learning Specialist and a PreK-8 Educational Coordinator.

Gretchen serves as an officer on the Board of Directors for the Association for Independent Schools of New England (AISNE) and as co-chair of Greenwich Academy’s Boston Alumnae Chapter. She also serves as a Trustee at Belmont Day School and on the advisory board of CCS Fundraising, a Boston-based consulting firm that partners with nonprofits. Previously, Gretchen chaired the Education Committee for St. Dunstan’s Episcopal Church and served as a board member for the Northeast Association of Learning Specialists.

A graduate of Greenwich Academy, Gretchen earned a bachelor’s from Lake Forest College and a master’s in teaching from Manhattanville College. Outside of CRS, Gretchen enjoys reading, running, hiking, and traveling with her family – husband Bill, daughters Maisie and Lucy, and dog. 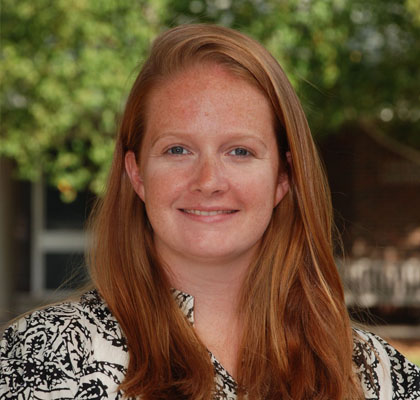 My role at CRS allows me to visit classrooms across campus, so I get to see the benefits of progressive education in action at every grade level. What I find never ceases to amaze me. Truly masterful teachers help curious students make connections across themes to the outside world.